After managing to complete your appointment to get your TIE residency card, the next step is to simply wait the 30 days until you are allowed to pick it up. I actually was going to be busy that day, so I went down around day 28 to the police station. I was originally told to just show up, without an appointment, so that’s what I did.

When I arrived there were several large line-ups, one on each side. I was told picking up your TIE card is really quick, so I assumed neither one was for me. But once I showed the attendee my piece of paper and told them I was here to pick up my TIE card, then directed me to wait in the line on the left.

The line moved rather slowly, so I was probably outside for 40 minutes or so. When I finally made it inside, they directed me to a series of four chairs which acted as a mini queue for the lady giving out the TIE cards. Dealing with each person took 2-3 minutes, so I just waited my turn.

When it came time, I walked up, handed the lady my paper and passport, and then waited. She reached over to her table and grabbed a stack of about 100 cards from a table with about 30 stacks – quite a lot of cards! She quickly thumbed through them until she found mine, then set it in front of her. I was expecting her to hand it to me, so I was wondering what was coming next. 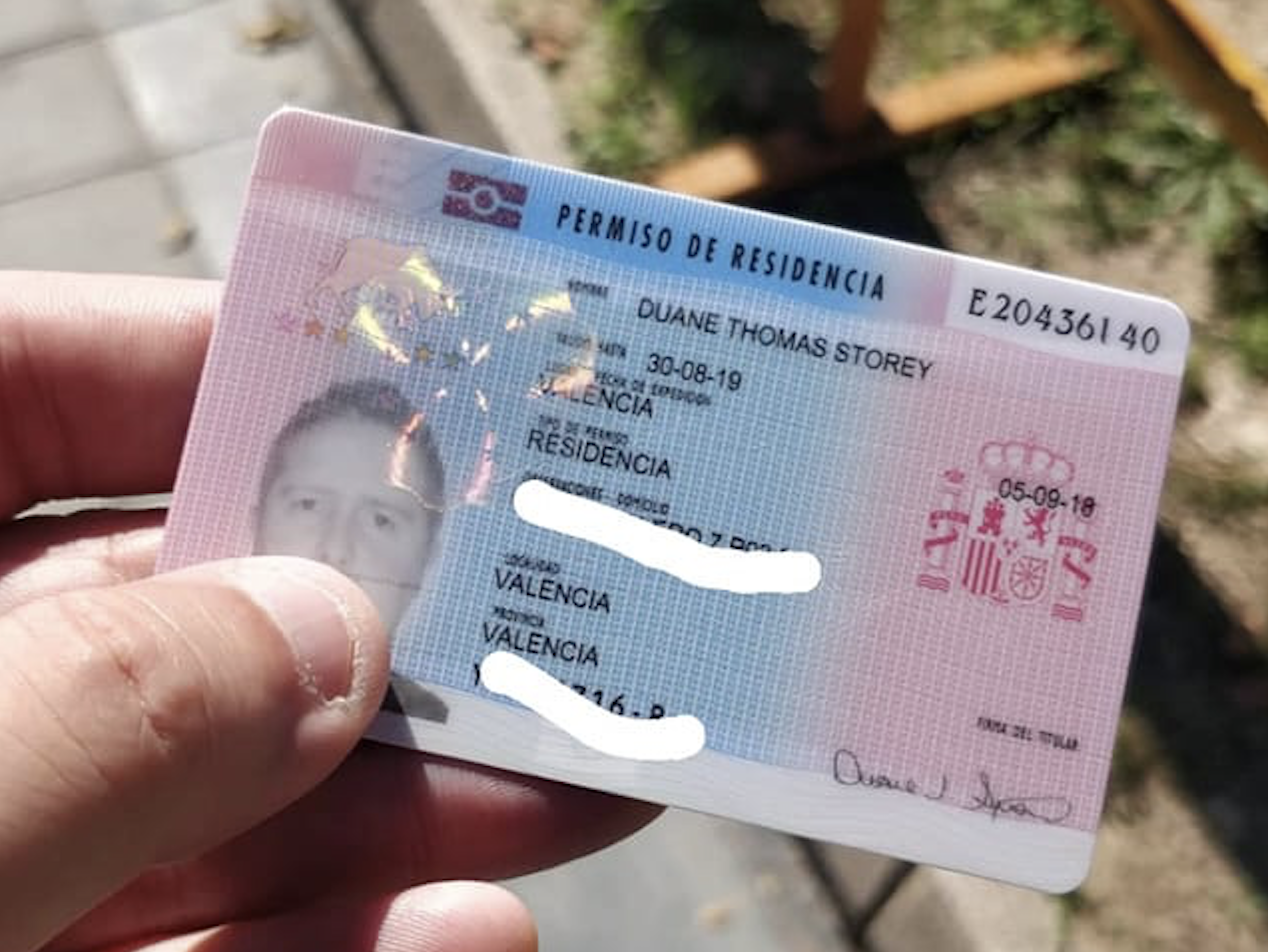 Picking up my TIE residency card in Spain

She then asked me to take my fingerprints again – I’m not sure if this is because my last fingerprints didn’t come out properly, or perhaps they need to verify it was actually me. Regardless I quickly did my left and right index fingers, and that was it. She handed me my card and told me to have a great day, which would be easy since I was now done all the hard parts about moving to Spain for a year!

If you’ve made it this far as well, then congratulations – you are now a Spanish resident!